With the birth of our second bundle, my parenting experience continues to evolve.

After all, I now have two wardens to answer:

But I just knew this opportunity at second-round parenting would redeem my prior misfit ways.

I would be more seasoned.

I would make my bed weekly.

I wouldn’t fix sandwiches every meal, every week.

I would do cardio beyond brushing my teeth.

These were lofty goals.

While I’ve naturally found myself trotting out how much second-round parenting differs from the first—I eventually concluded the more things change, the more my poor methods stay the same.

And even harder with the second babe.

You may have thought nursing your first one made you less modest about your feeders.

Your need for a nursing cover with your second bundle?

Especially when your two-year-old hoists the cover above his head as you nurse, and trumpets, “He’s drinkin’ water!”

To the middle-aged man and his young son sitting across from me in the dental office waiting room: my sincerest apologies.

2. Your reliance on your nanny.

You’ll need your firstborn’s nanny more than ever.

So treat her well.

Yes, she lives with us.

Yes, her name is iPad.

That mom bod will stick around even longer.

And your attempts at stylish attire?

Throw in that towel.

To cover your now babeless bump?

4. History will repeat itself.

You will relive the infancy of your firstborn.

Both literally and figuratively.

Then regress some more.

Yes, that’s precisely how old your firstborn will act.

Yes, you have two newborns now.

But really, I’m literally reliving my firstborn’s birth and infancy because he and his brother look so much alike.

Is it physically possible to have identical twin boys two years apart? 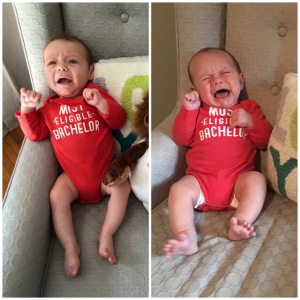 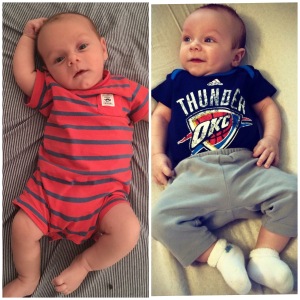 You will be that much more dependent on whatever form of addiction you harbor.

Lean into that habit at all costs.

Expect an uptick in the amount of espresso you’re consuming.

Even if it’s consistent subpar cooking.

But at least you know what to expect. 😉