I’ve spent the past couple days being overwhelmed by God’s love for us. It sounds cliché. But for a performance-obsessed, results-driven person like myself, sobering reminders of God’s intoxicating grace and undignified love for me stop me dead in my tracks.

That God would chase after us.

Like a shepherd who leaves his ninety-nine sheep to look for the lost one.

Like a woman who loses one of her ten silver coins, but scours the house until she finds that one.

Like the father who compassionately runs to embrace the greedy son who squandered the father’s property and returns empty handed to again depend on the father.

How can I not respond to the God who loves every one of us with this sort of reckless abandon?

My fixation on this lately stems from a terrifying circumstance where a family member was on a seven-day hiking adventure in the mountains when he became separated from others at nightfall without any trace of his whereabouts. Our world instantly stopped as our family exhausted every means of finding the one we loved. During that time, nothing else mattered besides our search for the lost one.

And I can’t stop thinking about how this parallels God’s love for us. The kind of love that’s nauseating, scandalous, irrational, illogical, inebriating, consuming, and usually costly for the giver.

Archbishop Desmund Tutu illustrated it best when he described our traditionally inaccurate church imagery of Christ carrying this pristine, put-together sheep back to the flock. In reality, that sheep is dirty, disheveled, scruffy, dishonorable, frightful, helpless, and terrified. We can imagine the sheep being anything but clean.

I was and often still am that sheep. I imagine you can relate.

Praise God for graciously and gently reminding me of my disheveled condition, to ultimately remind me of His all-consuming and unchanging love for me in that condition.

“What man of you, having a hundred sheep, if he has lost one of them, does not leave the ninety-nine in the open country, and go after the one that is lost, until he finds it? And when he has found it, he lays it on his shoulders, rejoicing.” Luke 15:4-5 (ESV).

“Or what woman, having ten silver coins, does not light a lamp and sweep the house and seek diligently until she finds it?” Luke 15:8 (ESV).

“But while he was still a long way off, his father saw him and felt compassion, and ran and embraced him and kissed him.” Luke 15:20 (ESV). 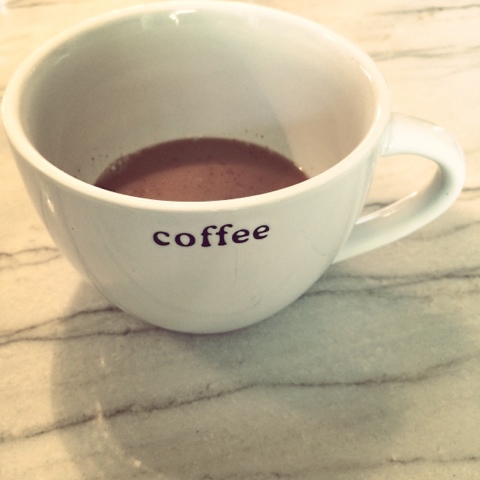 Down the hatch, my friends.

Much love to you,